While all travelers to Lhasa must be accompanied by a guide/minder, at least for a couple days, tourists are not completely bared from seeing some of the less positive marks of the Chinese legacy.
The 14th Dalai Lama, in a talk in Manhattan, on May 3, 2009, urged people to visit Tibet and see for themselves in order to form their own opinions. Some of his words were: 'The Chinese government never admit [sic], never acknowledged there is a problem. So now I think the world community has a responsibility to show the world there is a problem. If the majority of Tibetan people are happy, then our information becomes wrong, then ... we must apologize to the Chinese government.'
Here's one of the shop fronts along a street crammed with Chinese shops. Most of the signs of rioting and violence from last year have been repaired and covered up, though this building is still singed with smoke at its base, with some of its windows gutted. 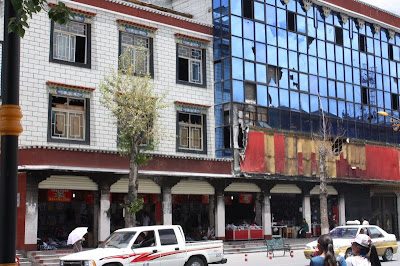 One of smaller temple-monasteries that was looted during the Cultural Revolution. This one stands in the middle of a residential courtyard in Old Lhasa. 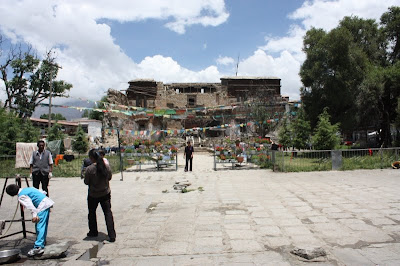 Opposite the Potala Palace has been erected a monument to honor Chinese soldiers. 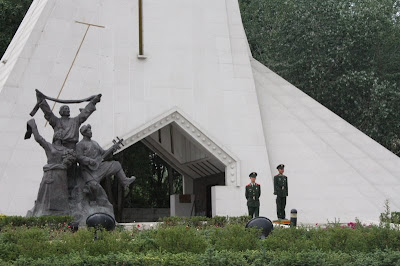