Seoraksan National Park is undoubtedly the most spectacular national park in South Korea, and is only rivaled by the Geumgang Mountains in North Korea, which are part of the same range and are very close to Seoraksan. The two mountain clusters are rather unnaturally separated by the demilitarized zone (DMZ), separating the north and south Koreas, and splitting Gangwon province into a north and south section.
Seoraksan National Park is accessible from the East Sea city of Sokcho. Most people enter Inner Seorak from the west, and pass by a cluster of grave monuments for ancient Buddhist monks. Here is a detail from one of these. 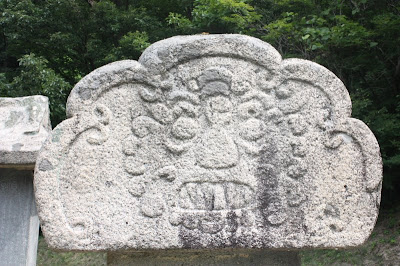 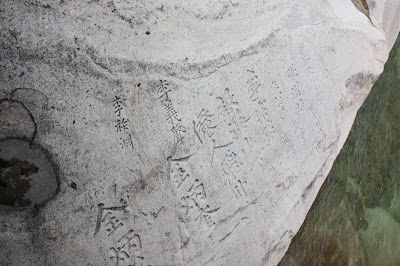 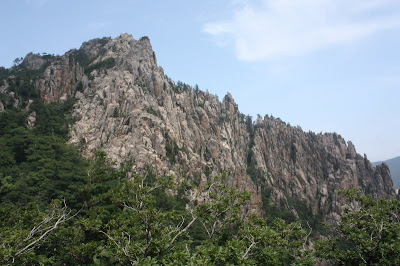 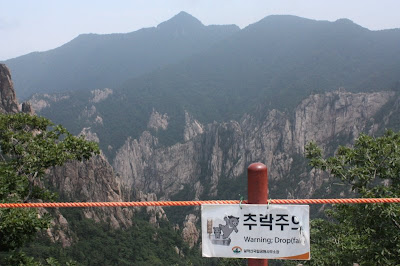 The summit of Dae-cheong-bong, at around 1700 meters. Dae-cheong-bong translates as 'Wide Blue Peak.' The hiker who reaches this marker stone has braved a brutally steep climb. With luck, there will be a sea-of-clouds view, or (rarely) a view of the East Sea/Sea of Japan; or, perhaps a view of North Korea. 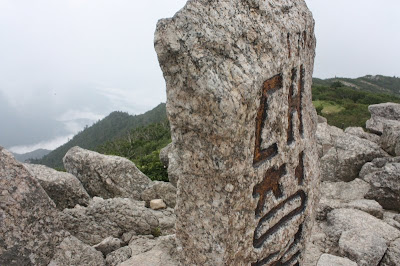