The Mountain Museum in Pokhara, Nepal, is a bit over-hyped, in my humble opinion, though there were plenty of huge mountain posters on the wall, including this Everest shot. 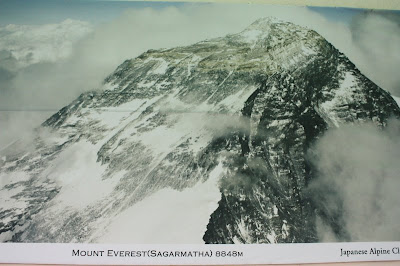 For those who have kept up with the caterpillar fungus craze in China, or seen the related pictures in the Golmud posts of this blog, the Pokhara Mountain Museum may be able to shed more light on the mysterious phenomenon. 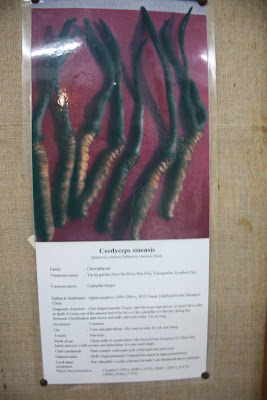 Here we find out that caterpillar fungus's scientific name is Cordyceps sinensis.
The CF is gathered in 4,500 - 5,200 meter alpine meadows in the Himalayas, and in Tibet.
Diagnostic Characteristics: "Club shaped parasitic fungus, later becomes saprophytic on insect larva after its death. It comes out of the anterior end of the larva of the caterpillar (swiftmoth) during the monsoon."
Use: Tonic and aphrodisiac 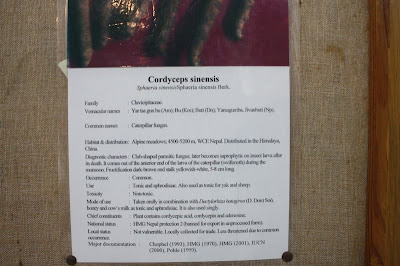