The Sera Monastery is one of the big three monasteries in the history of Tibet. Just outside Lhasa, snuggled up against the hill slopes, Sera has only one tenth the number of monks it once had. (This proportion, one tenth, seems to be consistent for all the monasteries around Lhasa). 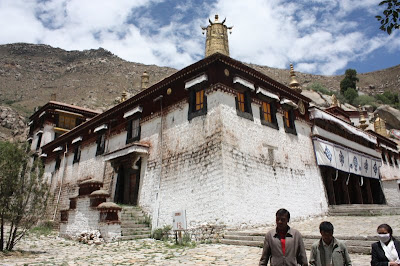 The wheel of life. Try not to be reborn as a hungry ghost, an animal, or a denizen of the Buddhist hell! 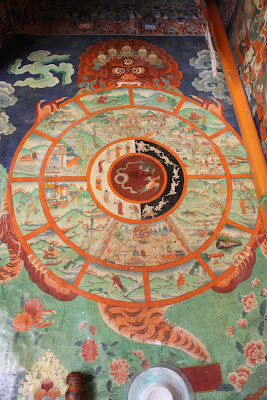 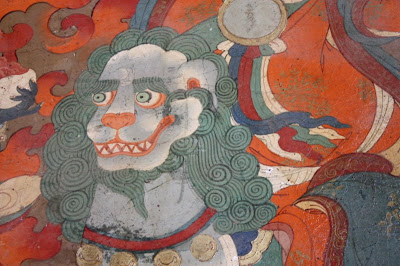 The young monks of Sera engage in debate sessions in the afternoon. 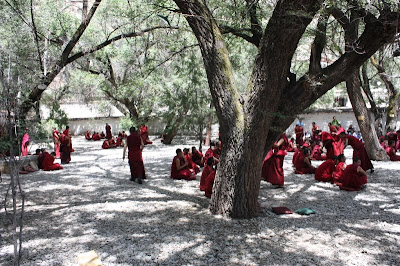 The tourists engage in monk-watching sessions in the afternoon. 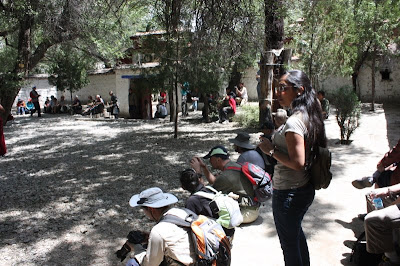