On a set tour schedule in Lhasa, your guide will most likely take you to 1.) Potala Palace, 2.) Jokhang Temple, and 3.) Norbulinka - the former summer palace and park grounds of the Dalai Lama. In fact, it was from the Norbulinka that the Dalai Lama and his family fled, after dark, one summer evening in 1959. They left in secrecy, all wearing disguises, so that when the People's Liberation Army began shelling Lhasa a few days later, they still assumed that the 14th Dalai Lama was in residence at the Norbulinka. A shot even landed on his personal quarters - was it a carefully aimed shot or a stray shot? one might ask.

Here is the former summer residence of the 14th Dalai Lama. 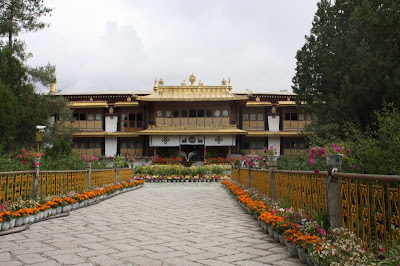 The elephant, the monkey, the rabbit, and the bird: an allegory of friendship. 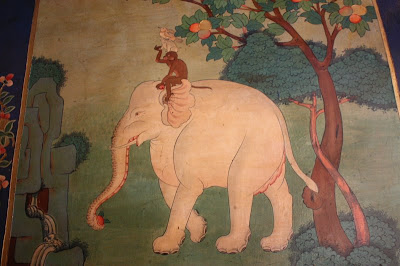 A hot water apparatus. I saw these all around the city of Golmud, in Qinghai province, and was delighted to see one on in the Norbulinka as well. 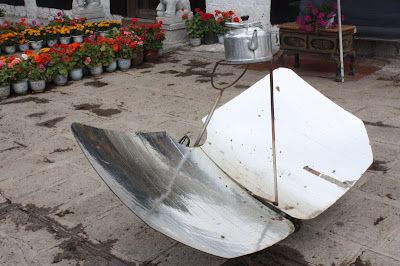