It is often a challenge in Mongolia to take pictures of the people. Mongolians are a bit shy when it comes to pictures, and are protective of their privacy. Like in many places, no one likes to have a random camera shoved in their face! Doors for portrait photography only open after you've built up a bit of a relationship with someone.


Here is an 'official'-style portrait of the lama of Khovd Sum. 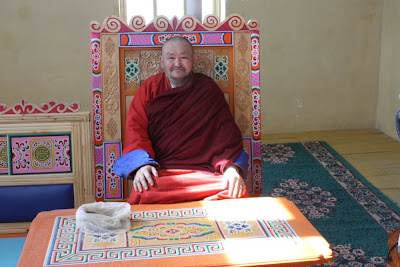 The lama and his niece have a special relationship. She hasn't learned to talk yet, but follows him around and asks for sugar cube handouts when he's drinking tea. Here's a picture of her in the small Tibetan Buddhist temple. 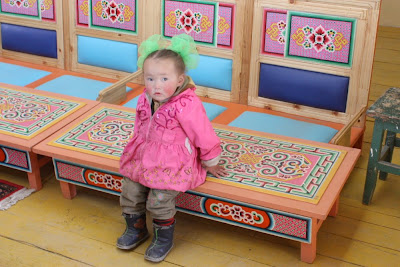 The following two pictures were taken by Mongolians who wanted to have a hand at using my camera. This is the interior of a ger in Khovd Sum. 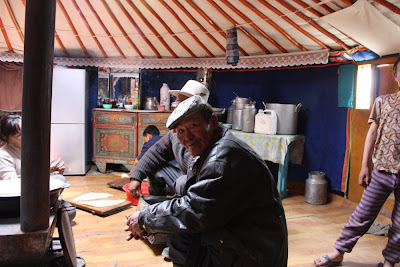 This is the portrait taken by a young boy of his two friends. 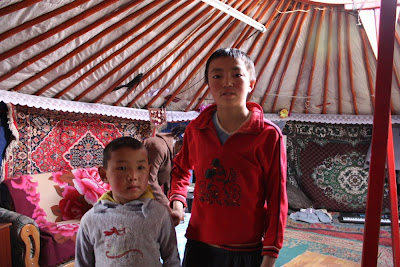 The town of Ulaangom has only one pub - Gold Pub. The bartender is a charismatic girl named Soyoloo, who speaks a bit of English. 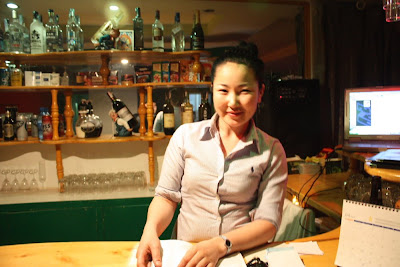