The City of Olgii - 'Stranger than Paradise'

I have been in the far-western Mongolian city of Olgii for a few days now, and will remain for a few days more, until my flight out on Wednesday. It is rather a singular place - a city of Kazakhs in one of the farthest-removed sections of the country.

The concrete clock on this building, near the severely run-down hotel where I am staying, permanently reads 10:10:30. The languages spoken here are Kazakh, Mongolian, and Russian - none of which I can handle - so the chances are slim that I'll find out what exactly the significance of 10:10 and 30 seconds is. 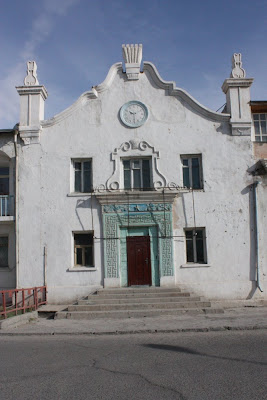 For its size, Olgii has quite a few banks. This one, Golomt Bank, is on the main square. Cows, goats, and sheep all make themselves at home on the dusty city streets. 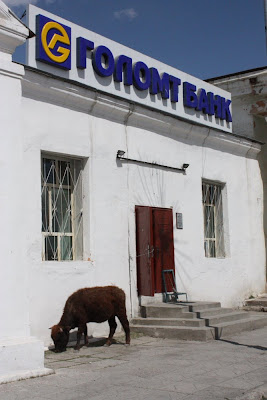 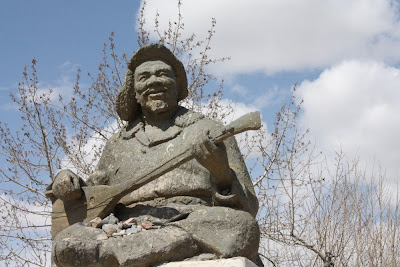 The Kazakh people are Muslims. This is an important point that doesn't come across in Sasha Baron Cohen's faux-Kazakh character of Borat.
Construction of the second (or is it the third?) mosque of the city is now underway. 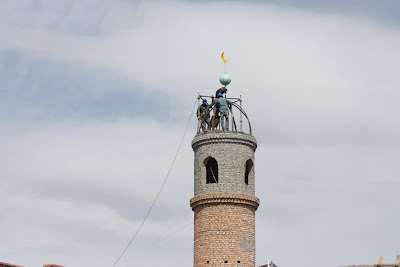 BEWARE OF OPEN MANHOLES. As in Ulaanbaatar, and all the rest of Mongolia, manhole covers were looted in the period after the collapse of the Soviet Union. These guarantors against a hapless ten foot drop into the bowels of the underground were then sold to Chinese dealers in scrap metal. ...I would hate to be a blind man in a Mongolian city. 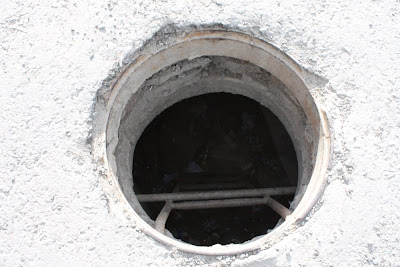