Here is the final installment of pictures on the wonderfully strange city of Ulaanbaatar. 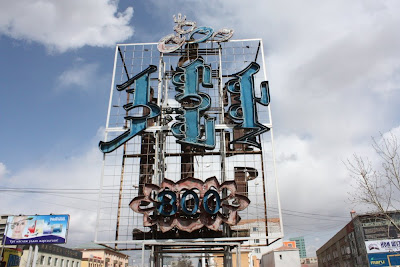 Yesterday, April 20, would have been S. Zorig's birthday if he were still alive today. Zorig was one of the great democracy leaders during Mongolia's post-Soviet era. He was stabbed to death in his apartment in 1998 and the crime remains unsolved to this day. 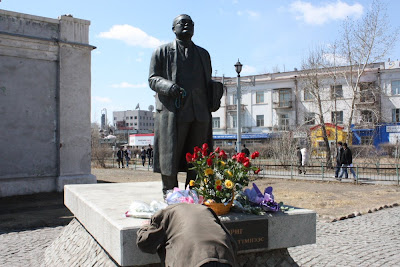 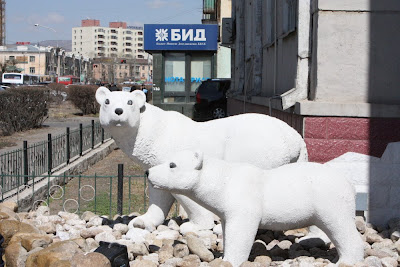 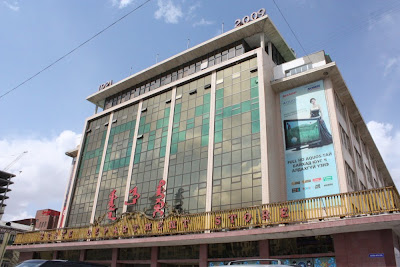 Why is there a Beatles monument in the heart of Ulaanbaatar? This question has been eating away at me for more than a year now. When I asked a local resident her answer was, 'Because everyone loves the Beatles.' There also seems to be an esoteric link between the Beatles and Mongolia's democratic movement. Why, I wonder, is Paul standing alone, with George, John, and Ringo sidestepping away? 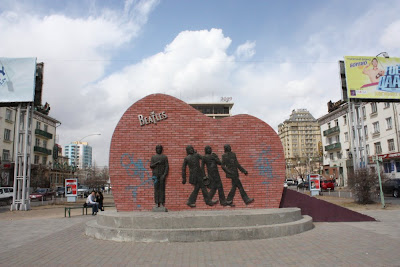