Ulaanbaatar is a baffling city. Fermented mare's milk (an alcoholic drink known as airag) can be bought supermarkets. While the manhole covers have all been sold as scrap metal to China, and many of the sidewalks have crumbled to dust, at the same time the skyline is filled with new construction projects. With only 1,000,000 residents, it is the smallest of the East Asian capitals, and yet within a five minute are a Dutch cafe, a French bakery, and a Cuban restaurant. 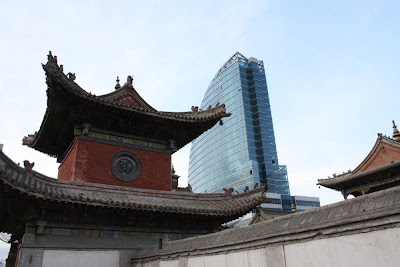 The city is full of striking long-legged Mongolian beauties. This billboard hardly does it justice. 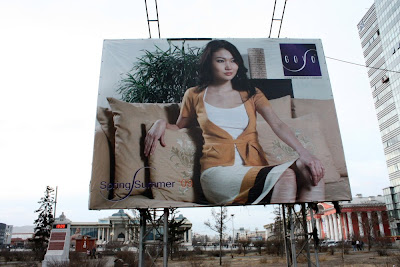 The headquarters of the communist party - torched by rioters after the election of June, 2008. 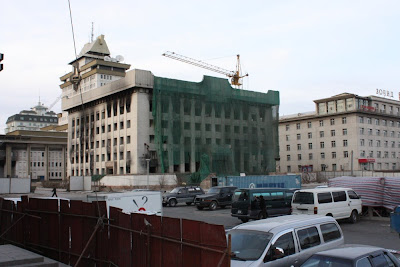 I have been staying with the legendary, long-time Ulaanbaaar resident 'Dirty Mike.'  The back alleys behind Dirty Mike's apartment building, itself near the State Circus Stadium, exude with the gritty charisma of Ulaanbaatar. 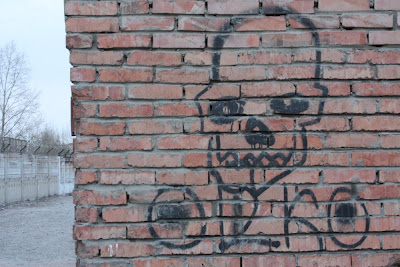 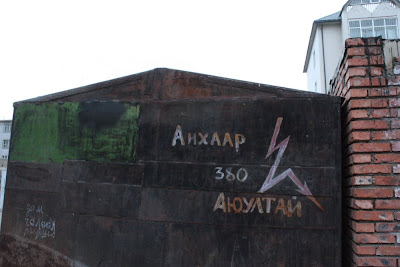