Only the most diehard of diehard fans of this blog would recall an image that appeared a few weeks ago of the Tashkent Circus. Even further back, there might have been a mention of the Ulaanbaatar Circus. Well, there is also a Bishkek Circus, and it may be the most ridiculous spectacle of the three. I am currently staying in a cheap hotel directly behind this circus, so it is the first object I see when I rise in the morning. I believe that the strangle geometric creasings are harboring thousands of birds, as the area becomes a frantic cacophany of birdtalk starting at five AM. To my knowledge, Russian-inspired circus acts no longer perform in the Bishkek Circus (nor in Tashkent or Ulaanbaatar), making the circus an irrelevent architectural curio. 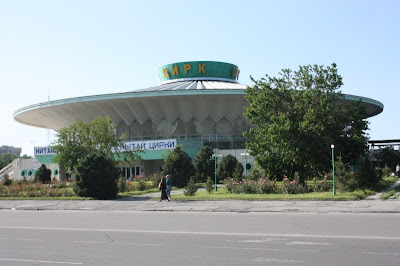 Near the circus is another irrelevant landmark: the Savoy Nightclub (now known only as the Crooked 'S' N-H-UB). This must have been quite the nightclub before it fell on hardtimes. 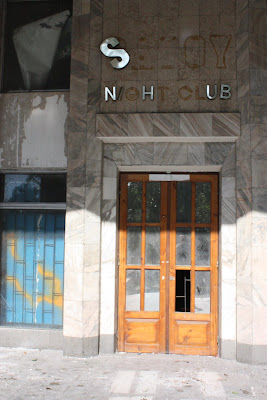 For the third bizarre picture of this set, I am including a bazaar shot (though there's actually nothing bizarre about it). 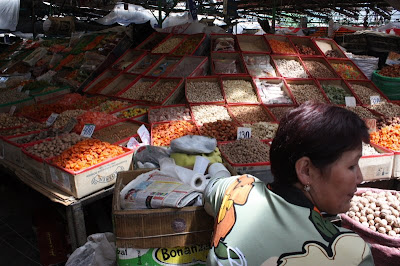