The riverside promenade in Harbin is named after the architect of the gulag, Joseph Stalin. Before the Japanese and then the Chinese Communist Party took the reins, Harbin was the gateway of the Russian railway in Manchuria. 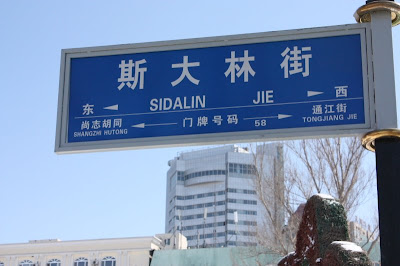 The food of the Uighurs, the Muslims of  China's far west Xinjiang Province, is incredibly popular (and tasty).  A strange, almost organic growth has been formed from the remains of mutton on a stick. 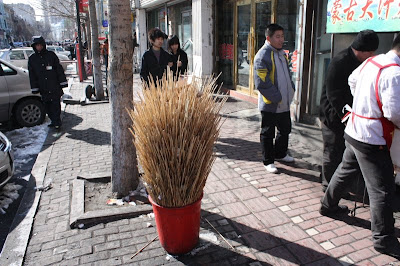 There are a wide variety of vehicles on the streets of Harbin. 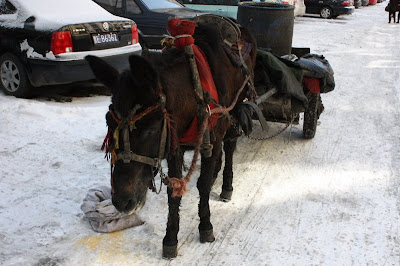 At the Lama Temple, in Beijing, one man has seen the light. 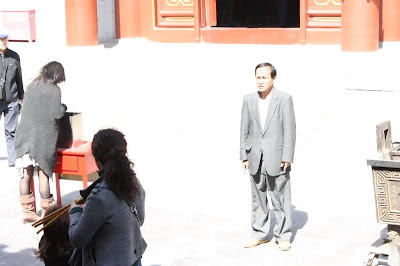 Huhhot, Inner Monglia. With a sizable Muslim community, one finds halal meat in and around restaurants near the Great Mosque. 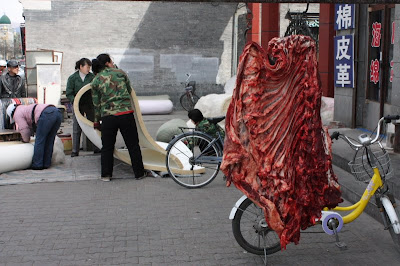