My photos have been accumulating, and I have decided to share some of the stranger, more provocative ones.
First, from a street in Dandong. These projectile launchers are still in common use in mid-size Chinese cities today. They are used for wedding receptions. It sounds like a true war when they are fired off. 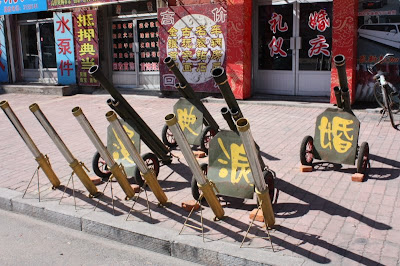 A blind man outside the McDonalds, again in Dandong. He was playing a hypnotic rhythm on a set of wood blocks. 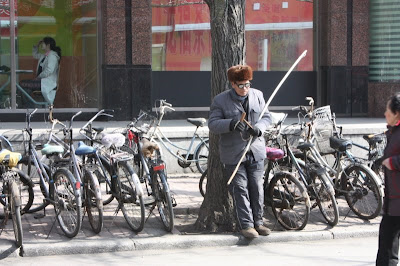 The ferocious construction pace continues. Scenes like this, with rubble and debris spilling over onto the sidewalk, are commonplace in just about every city. 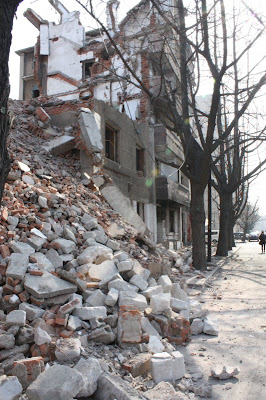 Moving on to the Korean Autonomous Zone, this rocket was the centerpiece of a ride in a desolate and highly depressing Yanji amusement park. 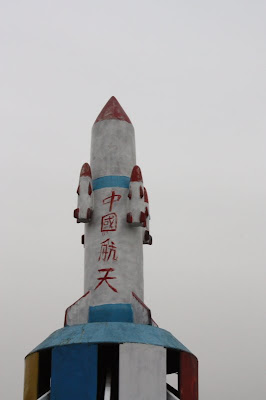 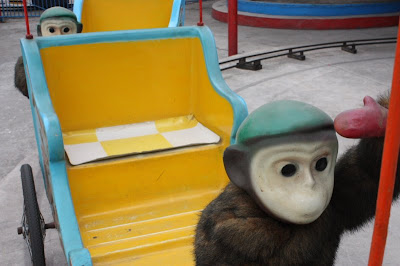