From the city of Ulaangom, I was able to make a day trip to Uvs Nuur, a very salty inland sea in western Mongolia. My guide/driver was a local police officer. Little did I know that he would bring his family along as well as an old Russian rifle. I should mention that as one of the great bird sanctuaries of Central Asia, Uvs Nuur has been listed as a UN World Heritage Site. I would like to stress that I did not take any shots at the wild fowl, though I did manage to shoot a picture or two of the poachers.

This is the lake itself. 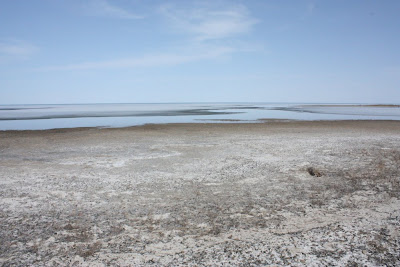 My guide's son. Note: the rifle was not loaded at this time. 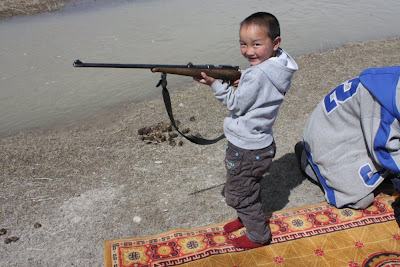 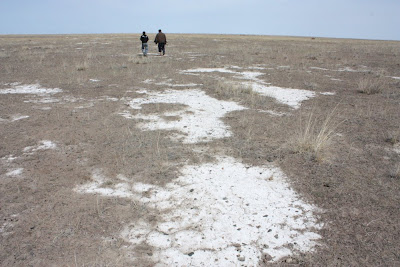 This gentleman was a great hunter - he felled two big geese (this is the first one). The other hunters were unsuccessful. 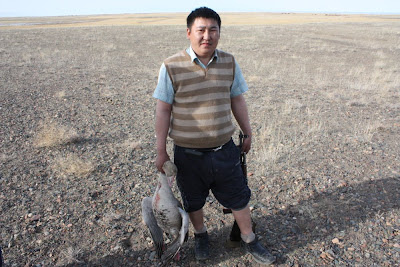 The most impressive of the Russian rifles. 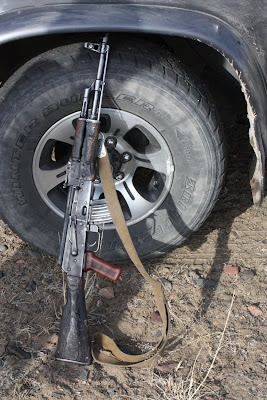