As a great fan of Korean food, one my main goals in Tashkent, Uzbekistan, was to go to a Korean restaurant or two. Among the many forced migrations and relocations orchestrated by Stalin, hundreds of thousands of Russian-Koreans, living in the far southeast corner of the empire, were moved to Uzbekistan and Kazakhstan. These communities are now into their third and fourth generations, and have lost their mother tongues, along with much of their original culture.
Here is one of the more conspicuous Korean restaurants, in the south of town (just off Shota Rustaveli Street).  Dishes are grossly overpriced compared to restaurants in Korea proper! 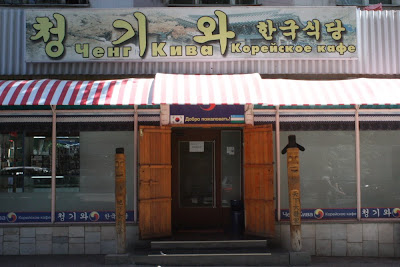 In a more humble restaurant, on Ivleva Street, I ordered a very affordable serving of 'bo-shin-tang' - the famous, invigorating Korean dog-stew. While the meat seemed closer in texture and taste to beef, raising my suspicions, it was still a tasty meal. 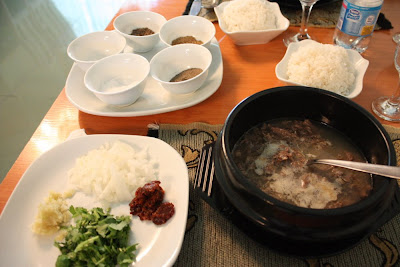 Here is the Uzbek version of a classic Korean soup - twen-jang-ji-gae. Again, it was a bit of a hybrid version, unlike any that could be found in Korea itself. 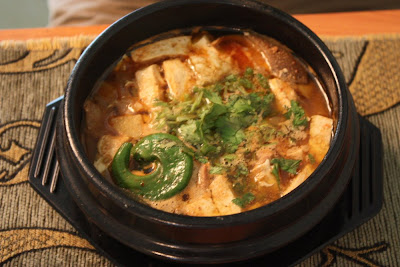