An Intrepid Visit to an Uzbek Silk Factory

Usually I don't do this sort of thing - visit silk factories -, but in this case I did. Like the market featured in the previous post, the factory is located in the small city of Margilon, in the Uzbek portion of the Fergana Valley. Impressively, the factory continues to use ancient methods of production.
At the beginning of the process we have silk worm pupae. Note the cocoons and the pupae themselves. In Korea, these silk worm pupae are known as bundegi, and served in streetside stalls as a pungent yet tasty snack! 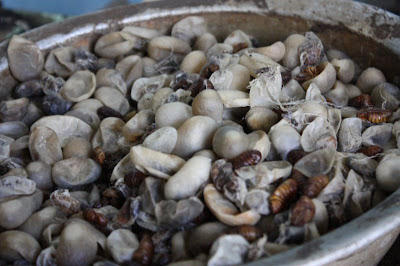 Extracting the silk from the cocoons. (This woman's job title is 'the extractor of the essence'). 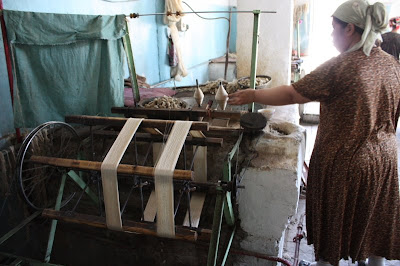 Another stage in the process: making the dyes from natural sources. 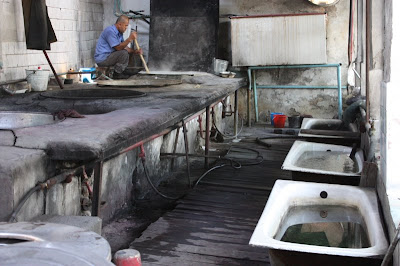 At the loom. Many of the weaving women stick pictures of their favorite heartthrobs onto the frames of their loom apparatuses, thus increasing the speed of production and the quality of their work (presumably). 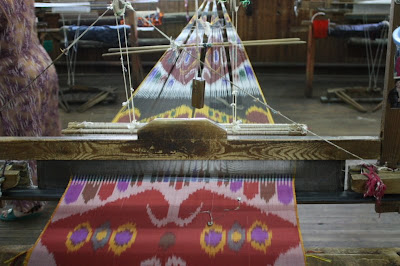 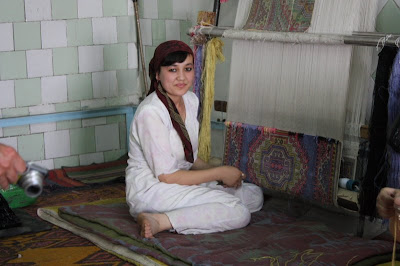